Our Lady of Antipolo

If you’ve already heard a number of seminarians or priests’ vocation stories before, you would probably expect the story to go like this. God calls this young man to be a priest. This young man hears the voice of God but ignores it. God calls again and again and so the young man finally says yes to God in the freedom of his heart. Well, that’s not the case for me. Mine goes like this. God calls boy. boy doesn’t know he’s being called so God drags him to seminary.

It was one random weekday night when my mother told me of her decision to send me to a seminary for high school. I was born and raised in the Philippines and high school seminaries were pretty common in the predominantly Catholic country. My friends and I already made plans of studying in this local school with an excellent science program when my mother unexpectedly broke the news to me. I was shocked. In spite of me telling her that I didn’t want to be a priest, she insisted that it was just for high school and once I graduated, I could study anything I wanted for college. She just wanted me to be protected from the usual “bad” influences that one could get in a normal high school. Although I tried my best to change her mind, my mom didn’t really give me any choice. Disappointed as I was, I obeyed. My only consolation was that my older cousin was already in seminary, a year ahead of me so at least I already knew someone there.

My life changed when I entered . I changed. I wasn’t really a very prayerful boy. I went to mass every Sunday with my family. I occasionally prayed before meals and at bedtime and that was pretty much it. But after going to mass every morning, praying more than twenty times every day in seminary, I started developing a personal relationship with the Lord. Because of that personal relationship and also the inspiring witness of the holy priests in seminary, I started thinking about . In my last year of my mom finally asked me what I wanted to study for college reminding me that I could study whatever I wanted. I told her that I wanted to be a priest and this time it was now my free decision. 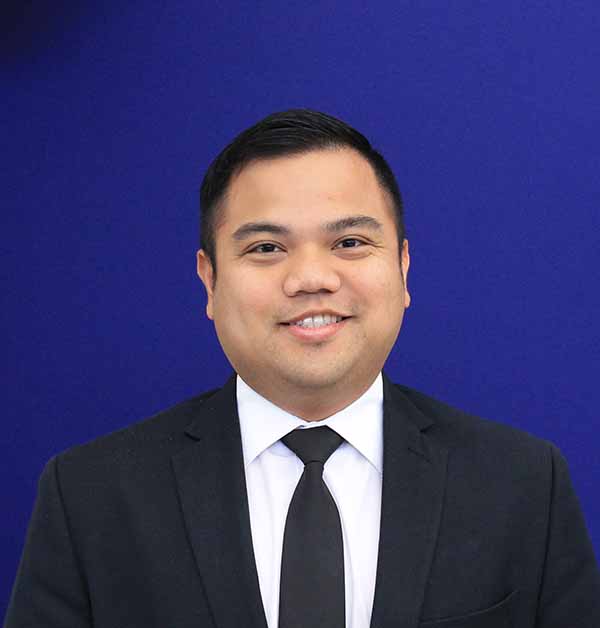 After high school, I continued my formation to a college seminary studying philosophy for another four years with the Jesuits. After my graduation, I decided to take some time off from seminary. Literally growing up in the seminary, I wanted to try living a life like any lay people do. I wanted to work, pay my own bills, and worry about non-church related matters. I wanted to experience life outside the seminary and take that as part of my discernment to finally decide which life I wanted for the rest of my life. In the next four years, I was fortunate to work for big companies, which gave me a very good and stable salary. The last year of that I spent in Spain teaching English at a bilingual school. I enjoyed my life. A good pay and a four-day work schedule allowed me to travel for a weekend getaway with friends to a country in Europe every month. Yet despite the fun and entertaining life, something in me was not at rest. I started missing my life as a seminarian serving the Church. Simple as it was, it gave me a lot of happiness and fulfillment. Thus, I decided that it was time for me to go back to seminary. By that time my whole family already moved to Florida from the Philippines and so I applied as a seminarian for the Diocese of Orlando. I am now in my second year of Theology at St. Vincent de Paul Regional Seminary and God-willing I will be ordained a priest in three more years.

So God calls people uniquely in different ways. Because he is God, he can call anyone however he wants, even if it that means dragging someone all the way to the seminary or convent to make one realize one’s calling. That’s what happened to me. But at the end of the day, God loves us so much that he gives us the choice and freedom to say “yes” or “no” to his invitation. That’s the story of my calling. how about you? How is God calling you? Have you ever considered answering his call?

Let Us Lend a Helping Hand

Site Design by Peach Innovation LLC
Based in Aiken SC